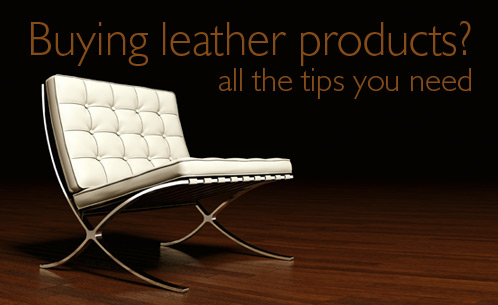 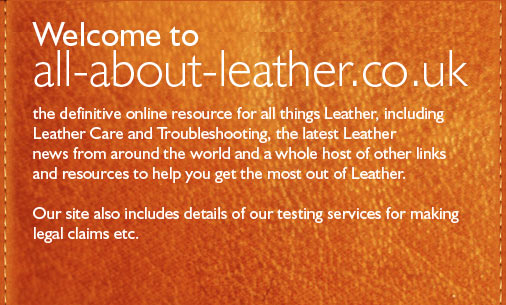 Buying tips for leather and products

Facts and figures about leather

How is leather made

You may not have thought it before but the history of leather is a fascinating area of interest, and these pages guide you through the origins of leather-making, timelines and leather restoration and conservation.

The Story of leather

Primitive man hunted wild animals for food; he removed the hides and skins from the dead animal carcass and used them as crude tents, clothing and footwear. The earliest record of the use of leather dates from the Palaeolithic period, cave paintings discovered in caves near Lerida in Spain depict the use of leather clothing. Excavation of palaeolithic sites has yielded bone tools used for scraping hides and skins to remove hair.

The skins rapidly putrefied and became useless, so a method of preservation was needed. The earliest method was to stretch the hides and skins on the ground to dry, rubbing them with fats and animals brains while they dried. This had a limited preserving and softening action. Primitive man discovered also that the smoke of wood fires could preserve hides and skins, as did treating them with an infusion of tannin-containing barks, leaves, twigs and fruits of certain trees and plants. It seems likely that man first discovered how to make leather when he found that animal skins left lying on a wet forest floor became tanned naturally by chemicals released by decaying leaves and vegetation.

Much later the use of earth salts containing alum as a tanning agent to produce soft white leather was discovered. The alum leathers could be dyed with naturally occurring dyestuffs in various plants.

Wall paintings and artefacts in Egyptian tombs indicate that leather was used for sandals, clothes, gloves, buckets, bottles, shrouds for burying the dead and for military equipment. The ancient Greeks and Romans also made extensive use of leather and it has remained an important industrial raw material since those times. The Romans used leather on a wide scale for footwear, clothes, and military equipment including shields, saddles and harnesses. Excavation of Roman sites in Great Britain has yielded large quantities of leather articles such as footwear and clothing.

The manufacture of leather was introduced to Britain by invaders, the Romans, and by religious communities, whose monks were expert at making leather, especially vellum and parchment for writing purposes. The ancient Britons had many uses for leather from footwear, clothing and leather bags, to articles of warfare. The hulls of the early boats, known as coracles, were also covered in leather.

Through the centuries leather manufacture expanded steadily and by mediaeval times most towns and villages had a tannery, situated on the local stream or river, which they used as a source of water for processing and as a source of power for their water wheel driven machines. Many of these tanneries still exist, but in many towns the only remaining evidence is in street names, like Tanner Street, Bark Street and Leather Lane.

The earliest crude leathers were made by first immersing the raw hides and skins in a fermenting solution of organic matter in which bacteria grew and attacked the hides or skins, resulting in a loosening of the hair or wool and some dissolving out of skin protein. The hair or wool was then scraped off with primitive blunt stone or wooden scrapers and fat or meat still adhering to the flesh side was removed in a similar manner. Tanning, the conversion of pelt into leather, was done by dusting the rawstock with ground up bark other organic matter and placing them in shallow pits or vats of tannin solution. Further additions of ground bark, were made from time to time until the tannin solution had penetrated right through the skin structure, taking up to two years for very thick hides. The leather was then hung up for several days in open sheds. The dressing of the leather involved paring or shaving it to a level thickness, colouring, treatment with oils and greases, drying and final treatment of the grain surface with waxes, proteins such as blood and egg albumins, and shellac to produce attractive surface finishes.

During the middle ages leather was used for all kinds of purposes such as: footwear, clothes, leather bags, cases and trunks, leather bottles, saddlery and harness, for the upholstery of chairs, and couches, book binding and military uses. It was also used to decorate coaches, sedan chairs and walls. Many leather articles have been recovered from the Mary Rose, a Tudor vessel which sank in 1545.

The majority of the leather was tanned with oak bark but soft clothing, gloving and footwear leathers were tanned with alum, oil, and combinations of these two materials.

With the discovery and introduction of basic chemicals like lime and sulphuric acid, tanners gradually abandoned their traditional methods and leather production slowly became a chemically based series of processes. Sir Humphrey Davy, the inventor of the miner’s safety lamp, investigated some of these processes.

At the end of the nineteenth century, the invention of the motor car, modern roads, new ranges of coal tar dyestuffs, the demand for softer, lightweight footwear with a fashionable appearance, and a general rise in the standard of living created a demand for soft, supple, colourful leather. The traditional vegetable tanned leather was too hard and thick for these requirements and thus, the use of the salts of the metal chromium was adopted and chrome tanning became the tannage for modern footwear and fashion leathers. It produces soft, supple, beautiful and fine leathers, reflecting the way we live.

The Worshipful Company of Leathersellers

The Worshipful Company of Leathersellers supervised the control of the quality of mediaeval leather produced in the City of London. They received their first Chapter of Incorporation in 1444 from King Henry VI, having been granted articles for the regulation of their craft during the first Mayoralty of Richard Whittington in 1398.

Through the centuries the Company has played an important role in the leather industry, particularly in the field of technical education. The Company founded a technical college in Bermondsey in 1909 and in 1978 donated £500,000 for the erection of The National Leathersellers Centre at University College Northampton. The Company continues to maintain close links with the college and the industry as a whole and has recently been involved with the development of new premises for the Leather Conservation Centre, also located on the University College Northampton site.

Historical artefacts tell us a story about our past – they have lived the story and their markings and detail can help tell us that in a way no other person can.

Many artefacts are restored using traditional techniques at the Leather Conservation Centre in Northampton, where they are able to restore a whole host of different types of leather.

For further information about their work visit Leather Conservation Centre